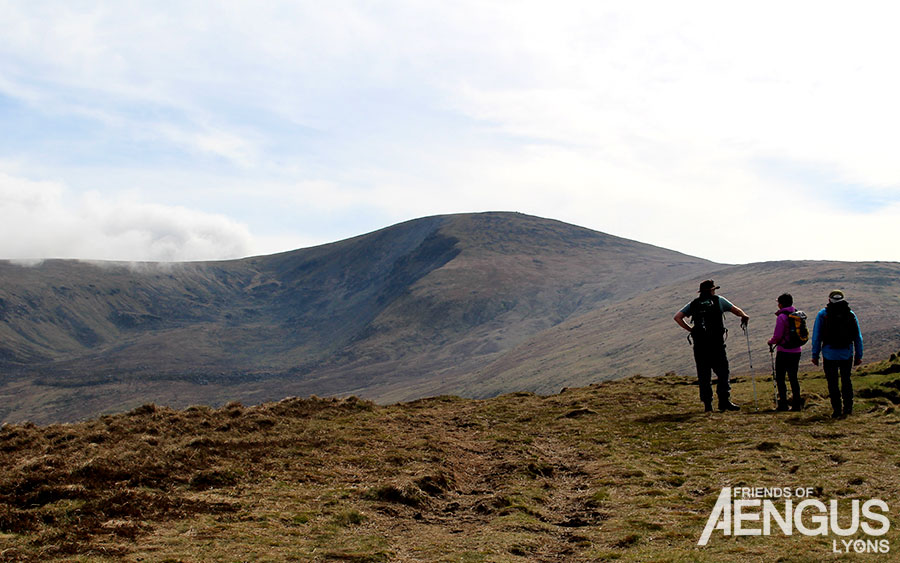 On Sunday, April 19th 2015 another beautiful day awaited us as we arose for the next step of our training – Lugnaquilla. Earlier in the week I did a small bit of research on the mountain and discovered that our route skirted the Glen of Imaal, most famous as being an artillery firing range. On advice from other people that have climbed the mountain it was recommended to phone ahead to make sure the Army were not training that day. We phoned and were given the all clear.

The route we took began at Fenton’s pub near the village of Knockanarrigan. This time the Eastern Brigade of the Friends of Aengus had grown from two to a healthy seven. Off we went on our merry way with introductions and laughter aplenty along with talk of how we knew the main man himself, Aengus. Lugnaquilla is in the heart of the Wicklow Mountains and is surrounded by similar mountains, as a result unlike Mount Leinster/Croagh Patrick it’s difficult to actually pick out the mountain top from ground level or even as you climb up the mountain. It usually helps to look ahead and know what it is you’re aiming for. Thankfully one of our group had already climbed Lugnaquilla and he was our guide for the day.

We soon stopped for our first break and to admire the ground below which we had just covered. All of a sudden loud thundery bangs could be heard echoing through the valley. Seemingly the Irish Army had not taken the day off and were indeed practising in the area around us. So much for been given the all clear! Alas panic did not set in, we all scanned the horizon to see if we could spot where exactly they were training. A few of us thought we could see some Army vehicles below. If anything the noise added to the beautiful scenery around us and brought a small sense of drama to the occasion.

The route we took brought us through heather filled paths, over boggy land, past flat sharp edged rocks, hopskotching from rock to rock and after about 3 hours with a few breaks in between the terrain levelled off near the top and we could see the summit in the distance. Throughout all of this our group were accompanied by our invisible friend – the wind, and boy was it strong. As Shane MacGowan once said – “the wind goes right through you it’s no place for the old”. Although in saying that we did meet an old couple on our descent. Still, it would cut the face off ya! Interestingly at the top of Lugnaquilla is a plaque set into a rock which was put there by the Irish Army. It points out the direction of places which are visible from the top and we were reminded of our next climb, Snowdon. We looked in the direction it was pointing but it wasn’t the clearest of days. I remain unconvinced that it is visible from Irish shores. Maybe I might be able to see Wicklow from Snowdon?

We didn’t hang around too long at the top. At this stage we had all had our fair share of the wind so off we set back down the mountain. Thankfully we were soon reunited with glorious wind free sunshine at Fenton’s pub where we all enjoyed a well-deserved drink and got to know each other even better. 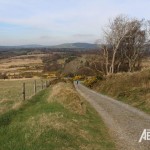 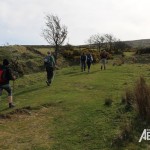 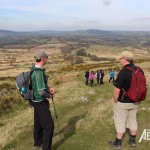 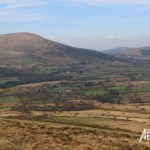 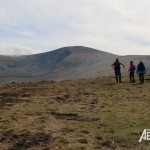 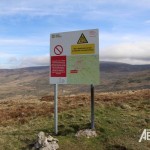 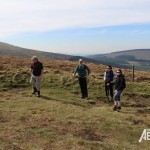 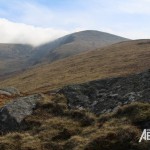 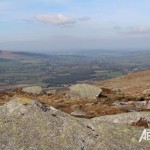 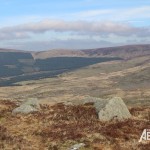 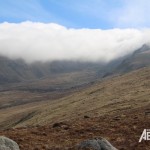 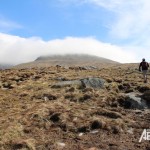 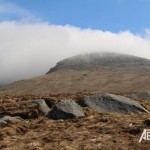 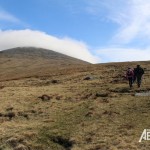 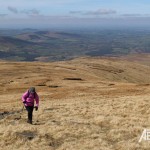 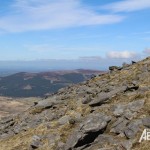 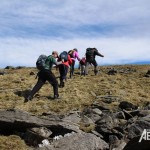 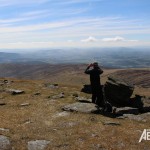 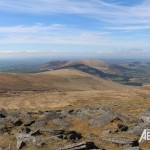 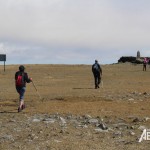 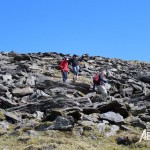 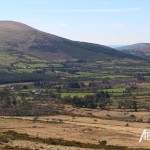 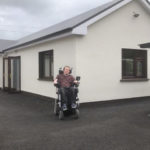 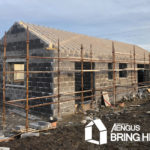 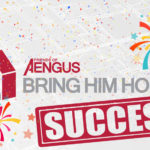 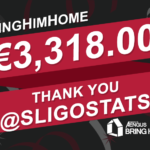 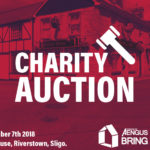